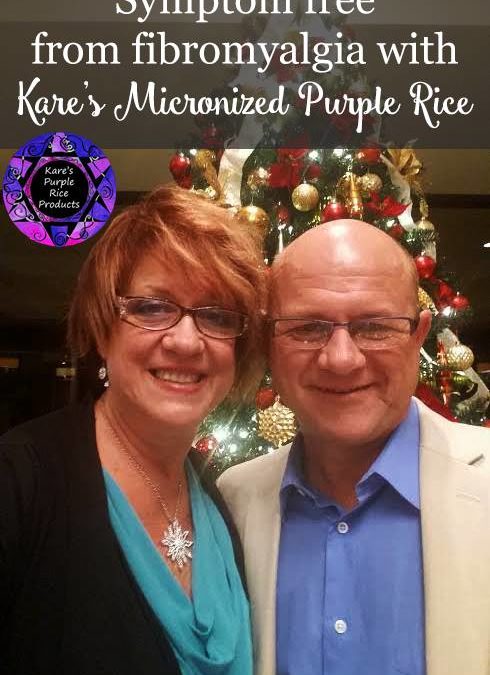 “When I was younger,” she says, “I was a pro racquetball player and a pro bowler. I also played high-level volleyball, on the New York State Masters’ Team. I was a downhill skier as well. I’ve always been very active, and probably did things to my body that I’m paying for now, at age 65.”

In the 1990s, Linda says, she suffered two car accidents in six months. The second one nearly severed her spinal cord.

“I lost the ability to walk,” she explains, “and basically lost all bodily functions. That was the end of my professional athletic career.”

After the second accident, she says, she got a terrible infection from one of her four back surgeries. “I had to have a PICC line put in. They ran a tube into my vein, and it sent antibiotics directly into my heart — for four weeks!”

Linda believes those antibiotics wiped out her immune system.

“Being a professional athlete, I knew something was wrong with my body, but the doctors wouldn’t listen. They’d just say, well, you had an accident, and you’re not as young as you used to be, blah, blah, blah. But I knew it was something more.”

“Basically,” Linda says, “every single day I had aches and pains all over, and mental fog. They couldn’t really tell me for sure that it was fibromyalgia, but I had the symptoms. I just always called it the ‘fibro flu.’ I had it for 21 years.”

“I’d get up in the morning,” she says, “and I’d stand at my back door looking out at the beautiful world, crying, because I didn’t know how I was going to do everything I needed to do. I could hardly stand up. Something had to give.”

“One day I was praying in my living room, asking for a solution,” she says. “It was shortly after that that I found Kare’s Micronized Purple Rice.”

After doing her research, Linda learned it takes 60 pounds of this heirloom purple rice from Thailand to make one pound of this powerful food.

The most nutritious part of the purple rice is milled so fine that its concentrated nutrients can be absorbed through the cell membrane, where they can fuel the mitochondria (cellular batteries) which then produce ATP, or pure light energy. The cells are then recharged, repaired and regenerated.

“I started eating the rice with high expectations,” she says, “but I always know not to look for an immediate answer because it’s usually not there. After trying so many other products, I didn’t want to be disappointed again.”

This time, she was not disappointed.

“About five weeks in, one day I was going around the house and all of a sudden I realized, ‘Hey! I don’t feel achy!’ The brain fog was gone, too. That was months ago, and my fibromyalgia symptoms have not returned. I’m so grateful to have my life back!”

“I’m still very active — I work 40-plus hours a week. I have my holistic business, I manage two coffee shops, and I do an online business and a couple of other things. It’s so much easier to keep up with it all, now that the fibro pain is gone.”

Linda is seeing great results in other areas as well.

“The age spots on my hands and arms are disappearing,” she says. “Also, my hair is thickening and darkening! I even posted pictures of it in the Kare’s Purple Rice Eaters Facebook group.”

“I showed it to a hairdresser, who said, ‘You don’t even need your hair colored!’ And my regular hairdresser said, ‘You can’t tell any of my clients about this — it will put me out of business!’ I’ve gotten quite a few people started on the MPR just with those pictures. And I tell everybody, if that’s what it’s doing for me on the outside, imagine what it’s doing on the inside!”

“My son J.D. and daughter-in-law Heather swear by it,” Linda adds. “J.D. had two growths on his leg. He’d been on the MPR for about four weeks and he was so excited — he goes, ‘Mom, look — they’re gone!’ Those growths had been there for years!”

Linda also feeds it to her cat Guildy, a rescue cat from Holland, named after the Dutch money (guilders) before euros were introduced.

“Guildy is 16 years old, but she acts like a kitten again! I could see an effect in her in less than a week,” Linda reports.

“Some people balk at the price,” she says, “but where there’s a will there’s a way.”

“My husband Steve eats it too, and we made a commitment that we wanted to eat it, so we cut back on other things, like dinners out. I tell people you need to make a commitment to yourself to try it for six months to really watch your body change and anti-age.”

“Steve eats the Micronized Purple Rice for his prostate, because he was having some “performance” issues. We don’t have that problem anymore,” Linda laughs. “It has put the gleam back in his eye, let’s put it that way! People are starting to tease us now. I’ll go see him at work, and I’ll kiss him goodbye, or grab his bottom, and they’ll say, ‘Get a room, you two!’”

Linda has experienced another result that she’s very happy about.

“I’ve lost 20 pounds! I’m the lightest I’ve been in 20 years,” she reports. “The MPR helped reduce my appetite. Now my clothes fit better, and I look in the mirror and feel much better about myself. I didn’t diet — this was just from the rice. I do drink a lot of water, and was doing that before I started on the MPR, so I’m sure that has helped me have the good results that I’ve had. I try to drink half my weight in ounces of water every day.”

Linda says that when she turned 60, she made a promise to herself, to feel better at 70 than she did at 60. “Now I’m halfway there,” she says, “and thanks to Kare’s Micronized Purple Rice, I’m keeping my promise to myself. I feel so very good about that!”

For more information about the MPR and to get a FREE copy of Kare’s E-Book, click: www.karespurplericeproducts.com