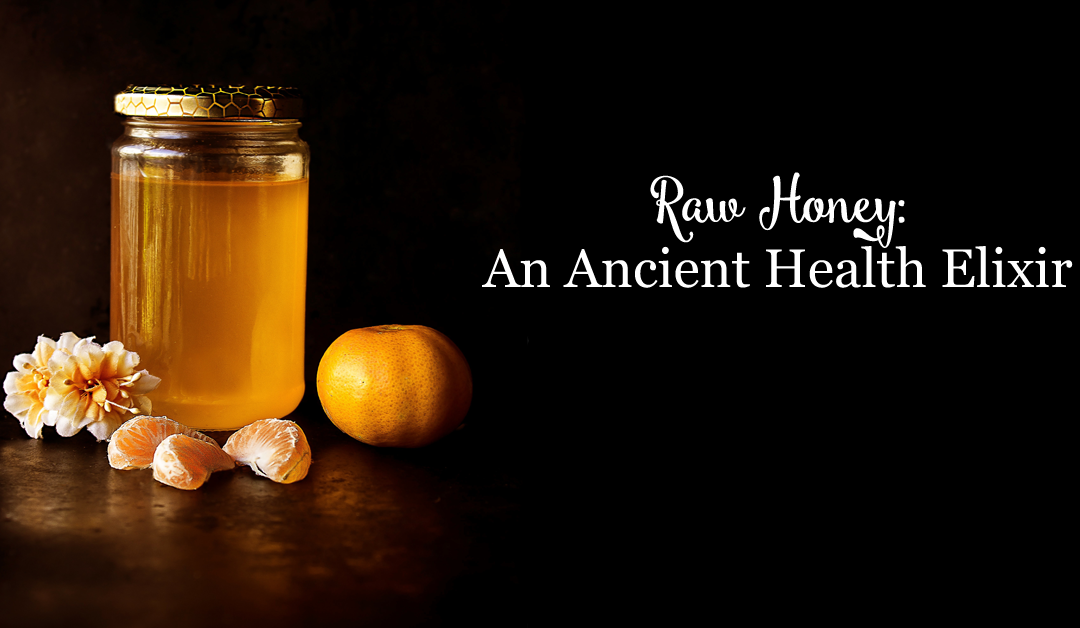 I don’t know about you, but I love to learn about ancient cultures, especially the Egyptians. This powerful ancient culture developed a highly advanced civilization long before the Europeans did.

Part of their advanced knowledge was about herbal remedies and tonics, many of which are still in use all over the world today.

One substance commonly used in ancient Egypt was raw honey — and modern science is only now beginning to catch on to just how valuable this ancient elixir is. For modern-day honey lovers, though, it’s very important to make sure our honey is not adulterated. The ancients didn’t have to worry about that, but we sure do.

Much of the honey available can barely even be called honey at all, in fact. Much of it contains high-fructose corn syrup!

A lot of the inferior “honey” sold in supermarkets comes from China. They start with low-quality honey and dilute it even further with high-fructose corn syrup and other sweeteners, and taint it with numerous chemicals and antibiotics.

In fact, Chinese honey has been banned in Europe since 2002! That’s because it often contains a dangerous antibiotic that can be harmful to pregnant women.

To make sure you’re getting the best nutrition, the most important thing is to buy raw honey that comes from organic hives, where the beekeepers don’t use pesticides.

Farmers markets are often a great source of raw, local honey. If the beekeeper doesn’t call it organic, make sure to ask if they use pesticides. Most small beekeepers selling high-quality local honey don’t.

Processed honey, on the other hand, has been pasteurized, which destroys natural enzymes. Processing also removes beneficial phytonutrients such as bee pollen and propolis. Regular store-bought honey usually comes from bees treated with antibiotics, which may be one of the causes of colony collapse disorder, a worldwide problem in which bees mysteriously fail to return to the hive.

Bottom line: If it isn’t raw, don’t buy it. And if it’s from a store and not a farmer’s market, it should be organic as well.

The health benefits of raw honey are legion. This functional food contains 22 amino acids, 27 minerals, and over 5,000 enzymes! It’s also loaded with antioxidants and phytonutrients.

Its antibiotic and antifungal properties are staggering, too — raw honey can even defeat MRSA, the deadly superbug that the strongest antibiotics can’t knock out. When applied to wounds infected with MRSA,  the patients heal quickly and scarring is minimized.

In fact, honey’s antibacterial properties are so strong that it can be kept indefinitely without spoiling. Honey that’s still perfectly edible today has been found in ancient Egyptian tombs!

Probably the best raw honey is Manuka honey. Hailing from New Zealand, it is made by bees pollinating the Manuka bush. Amazingly, its nutritional content is up to four times higher than other raw honeys.

The highest-quality Manuka honey has a UMF (Unique Manuka Factor) of 20, and will say so on the label. It is very expensive.

Another very special raw honey is neem honey, which is highly prized in Ayurvedic tradition for its medicinal qualities. It’s known to help lower blood pressure and is anti-inflammatory, antiseptic, and soothes coughs.

When shopping for raw honey, look for darker-colored honeys, which contains more antioxidants. If it’s crystallized, that’s fine — you can clear the crystallization by putting the closed jar in warm water. Raw honey is not always crystallized, but it often is.

Note that you should never give honey to infants less than a year old, because it can cause infant botulism.

Also, there is some controversy as to whether diabetics should consume honey. It has been thought that honey is sugar, and all sugar should be avoided by diabetics.

But several studies have been done that prove this is wrong — raw honey can actually *lower* blood sugar. Note that this is not true for adulterated honey full of high-fructose corn syrup. Pure, raw, organic honey, in moderation, can actually be helpful to diabetics, although I would not recommend eating it straight — better to consume it with other food.

Raw honey can be used externally, too. Cleopatra was famous for bathing in milk and honey, because it made her skin soft. I mentioned in my recent blog article that raw honey is great for washing your face — it really works wonders for cleansing your pores and making your face velvety soft.

What else makes your skin soft and is loaded with incredible health benefits? Why, Micronized Purple Rice (MPR) powder, of course!

Like raw honey, MPR is another superfood with many incredible health benefits. There’s nothing like it for getting into your cells and revitalizing your mitochondria. Are you using it yet?

What is your favorite way to use raw honey? Please let me know in the comments below!