7 Reasons You Should Be Eating Winter Squash 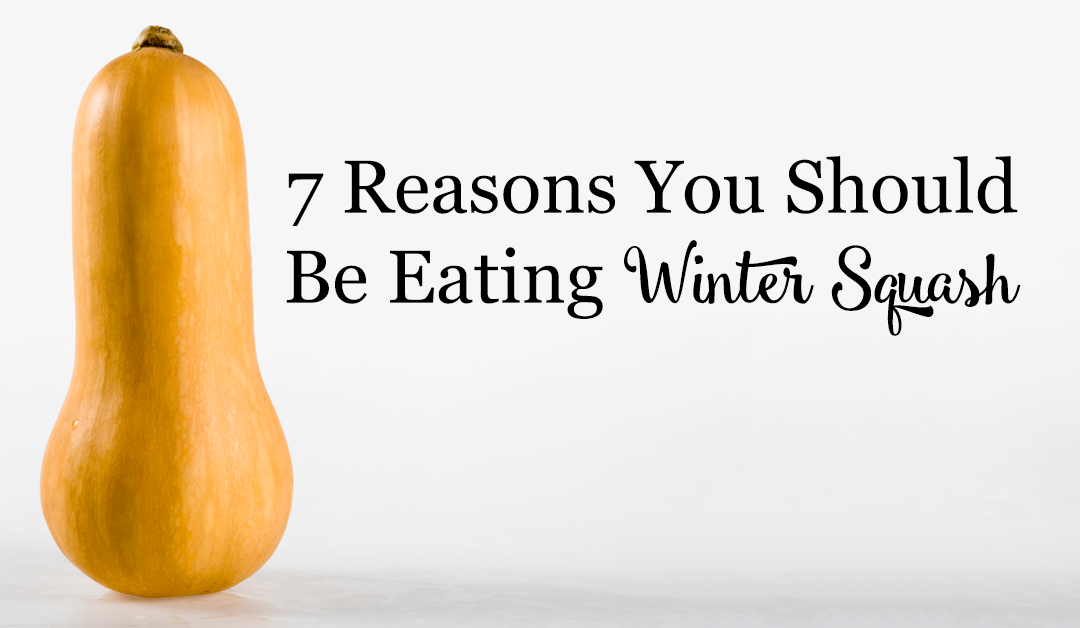 The arrival of fall means that summer squash and zucchini are disappearing and produce bins are stacked with winter squash. This includes pumpkins as well as common varieties of squash such as acorn, hubbard, spaghetti, butternut, and buttercup, plus more exotic squashes such as calabaza, delicata, kabocha, sweet dumpling, and red kuri.

Spaghetti squash is of course a treat unto itself, as it is a way of eating “spaghetti” without ingesting any grain. After cutting it in half and baking face down in a little water, like you would do with almost any squash, you can toss it with whatever type of spaghetti sauce suits your fancy.

One quick, simple way to fix spaghetti squash strands is to toss liberally with garlic and parsley sautéed in butter and then top with freshly grated parmesan, Romano, or asiago cheese.

Raw squash can be pretty tough and hard to cut, and I used to avoid making it for that very reason — until I recently learned you can actually roast a squash whole!

As long as your squash is six inches or less in diameter, you can pop the whole thing in the oven and roast it. It’s not going to explode. Once it’s done, it’s much softer and easier to cut, and you can season it afterward. But beyond squash being delicious, it’s also very nutritious.

Hippocrates said, “Let food be thy medicine,” and that is truer than ever today.

Unfortunately, our modern foods have made many of us ill — processed “foods” loaded with synthetic chemicals and stripped of nutrition.

Really, these chemical concoctions can barely even be called food. No wonder so many of us are sick.

Yet, just as we were made ill by bad foods, we can get well again by eating whole organic foods, preferably those grown locally.

Squash is just one such food.

One of the oldest cultivated crops, squash was grown as long as 10,000 years ago in Mesoamerica.

Many types of squash are “heirloom,” meaning the plant species has not been tampered with in any way by humans — there is no hybridization or genetic modification.

My Micronized Purple Rice powder*, by the way, is heirloom, too! It comes from heirloom purple rice from Thailand, grown in a pristine valley with no GMOs.

Now, here are just a few of the nutritional benefits of winter squash:

In our modern world, far too many of us face the ill effects of inflammation: arthritis, gout, ulcers, diabetes, skin disorders like eczema, and more.

With its carotenoids including zeaxanthin, lutein, and beta-carotene, its omega-3 fatty acids, and its anti-inflammatory polysaccharide known as homogalacturonan, squash is a big help in cooling the body’s inflammation.

Squash is loaded with vitamin C, magnesium, and other antioxidant compounds. As you probably know, antioxidants help to neutralize free radicals in the body.

Thanks to its high antioxidant content, squash helps to boost the body’s immune response and defend against foreign substances.

Squash is loaded with beta carotene, the natural precursor of vitamin A. Did you know you can get as much as 400 percent of your RDA of vitamin A in just a single serving of squash?

Just be sure to not eat too much of it if you have low blood pressure, as squash can make your BP go too low.

Squash has high levels of potassium and magnesium, both of which are great for your heart. Potassium helps to relax the tension of blood vessels, which increases blood flow and reduces heart stress.

Squash also contains a healthy dose of folate, which helps to neutralize harmful levels of homocysteine in the body. High homocysteine levels have been linked to cardiovascular disease. Squash contains insoluble fiber, but it is especially rich in soluble fiber, which helps remove cholesterol from artery walls. This of course helps prevent heart attacks and strokes.

Soluble fiber is also very good for our gut health, as it is a good prebiotic — food for our helpful gut bacteria.

Hubbard and acorn squash are particularly high in fiber, with just one serving having as much as 10 grams!

Squash and pumpkin seeds are also very nutritious. They have been shown to be good for helping rid the body of parasites such as tapeworms and other intestinal parasites, for one thing.

But you don’t have to go to all the work of scraping the seeds out and shelling them. Shelled raw pumpkin seeds are readily available, and highly nutritious. You might want to consider soaking them before eating, as that will make them more digestible.

Eating squash is a good way to help prevent osteoporosis. As we age, that’s a very important consideration.

Because of the vitamins and minerals in squash, including calcium, zinc, manganese, and important trace minerals, squash can be a valuable ally in preserving bone mineral density.

What’s your favorite kind of squash, and what do you like about it?

*The comments and statement made about this product have not been studied or approved by the FDA, and this product should not be taken as a medicine to treat or diagnose a disease.